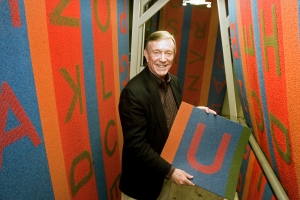 In 1994, Interface founder and chairman Ray Anderson set an audacious goal for his commercial carpet company: to take nothing from the earth that can’t be replaced by the earth. Now, in the most inspiring business book of our time, Anderson leads the way forward and challenges all of industry to share that goal.

The Interface story is a compelling one: In 1994, making carpets was a toxic, petroleum-based process, releasing immense amounts of air and water pollution and creating tons of waste. 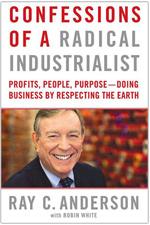 In his newest book, Anderson shows that profit and sustainability are not mutually exclusive; businesses can improve their bottom lines and do right by the Earth at the same time.

From the introduction to the book:

The book that follows this introduction was largely written while the Dow was falling from around 13,000 to around 10,000, oil’s price was rising, and gasoline was topping $4 a gallon in the United States. But concern for the future of the American banking system, and the unprecedented entry of government institutions into the world of private finance — to rescue it, no less — never once entered my mind, though smart people I know and talk with regularly have been saying financial upheaval was coming. Yet, quite intentionally, I was writing about the future, the future of the real economy — the place where real stuff gets made and sold, and real services are rendered. It is quite distinct from the financial economy, with its stock market and its various indexes, altogether a sort of imperfect analogue of the real economy.

I make no claim to prescience, only to conviction. And by survive, I do not mean maintain identity and integrity within the context of a financial system in meltdown, either. By survive, I mean business must be steered through a transition from an old and dangerously dysfunctional model to a far better one that will operate in balance and harmony with nature — thrive in a carbon- constrained world, and put down the threats of global climate disruption, species extinction, resource depletion, and environmental degradation.

In a word, develop a business model that is sustainable.

I had a chance to talk with Ray Anderson and ask him a few questions about his new book and Interface.

Jesse: What is a “Radical Industrialist”?

Ray Anderson: That’s an industrialist that woke up one day and realized that he had been doing it all wrong for many years and that the system he was part of needed to change towards sustainability as opposed to the consuming system that we have.

Jesse: So, you’re not a big fan of the linear take-make-waste system in industry today?

Ray Anderson: No. The more we looked at this system we realized that this linear system had to change to a cyclical system. A system more like nature, where there is no waste. Where materials come back into the manufacturing process as “feedstock”. We have to recognize that “end-of-pipe” solutions are unsustainable.

Jesse: That type of thinking has helped you find a better solution for recycling carpet. In your book you write about how you and your team were able to find a machine in Italy that would be the key to recycling carpets.

Ray Anderson: Yes. I knew that someday, somehow we would have to close the loop and use 100 percent recycled or renewable content to become sustainable. That trip to Italy helped us climb higher toward the summit. About 35 percent of our raw material today is recycled, but we will get to 100 percent.

Jesse: What do you think has been the biggest change that Interface has had to go through on your climb up Mount Sustainability?

Ray Anderson: The biggest change was in the attitude and the mindset of our people. We started with a company full of skeptics. No one really knew what all this meant in 1994. Not even I, but with a lot of reading, study, conversation and collaboration, we developed a clear view of what sustainability meant for Interface. One mind at a time our people came aboard.

Jesse: Is business capable of moving to sustainability?

Ray Anderson: They will either do it or be superseded by those who do. The industrial system that operates today is undermining the basis of the industrial system; it’s committing suicide because nature is that under-girding factor. There’s no business that can operate without air and water and food and energy and materials and climate regulation and ultraviolet radiation shields and pollination and seed dispersal and distribution. All of those are supplied by nature. If we kill nature, we will certainly kill the economy.

Jesse: Do you believe that what has been accomplished at Interface is transferable to other companies?

Ray Anderson: Yes. I discuss this in the book and give a real example of how other companies have been to Interface and talked with our folks about our “Mission Zero”. They have walked away from those discussions with an understanding that the success of the vision is not just based on “Ray”, but it is felt and believed throughout our organization. And that’s the secret, it has to be incorporated in every level within an organization, from the top to the bottom.

Jesse: Thank you and Interface for all that you are doing and thank you for your time. Talk with you again soon.

One thought on “Confessions Of A Radical Industrialist, Ray Anderson”