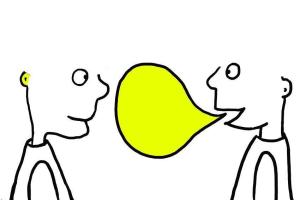 I’ve had a chance to travel and meet and talk with a lot of great people, but two of the conversations I had this summer will stay with me for a while.

The first was a conversation where I was told the benefits of Bio-Mass as an alternative energy source and why Bio-Mass was better for the environment instead of Nuclear Power. The second conversation was one where the topic of RCRA, Resource Conservation and Recovery Act,  came up. The interesting thing about this conversation was that the speaker didn’t know what RCRA was or why it should be considered relevant to his business.

I was impressed with the amount of knowledge that this young man had on the subject of bio-mass. He was able to present his thoughts in a straight forward manner, he knew why he thought what he thought and why he believed what he believed in. The seasoned sales professional on the other hand didn’t know what RCRA was or why he should be concerned with it or the impact that it might have on his team.

So many things were running through my mind during both of these conversations. I was proud of the nine year old, amazed at his grasp of the topics he was describing. I kept thinking this is one person that commercials and greenwashing were not going to sway. The other, well I kept going back to a passage from The Ecology of Commerce, where Paul Hawken wrote about companies telling consumers not to worry, “We are going to solve the problem with recycling and clean-up”. So, forget about the reasons and regulations that govern how waste industries operate and just focus on selling new accounts.

These conversations drove home a thought that I’ve had for a while and I’m sure that research scientist have done many papers on it. People really do see the world differently!

The young-man’s view was not based on next quarters earnings report, but make no mistake, he has an understanding of the value of a dollar, he spoke with me after he and his brother finished working. He lives on a family farm and knows that they each have a job to do in order for the farm to function properly. This young man saw an issue that was affecting the world that he was going to inherit. A world that he was going to grow up in and raise a family. He wanted it to be as rich and wonderful for his children as it was for him now.

The VP saw the next quarter numbers, quotas, pipelines and revenues. Not that those things aren’t important, but you have to know that understanding regulations and how they impact your business are equally important.

Can you image what would happen if a waste company combined both of those views? Is it possible for this to happen? I believe it is and I’ve had a chance to work with a few. It may sound impossible, but a waste company can conduct it’s services with one eye on the environment and regulations and one eye on revenues. With more and more companies targeting zero landfill waste, I believe that the waste industry is going to need to develop this type of focus in order to succeed in the future. And, I’m looking forward to having those conversations.

One thought on “Conversations”